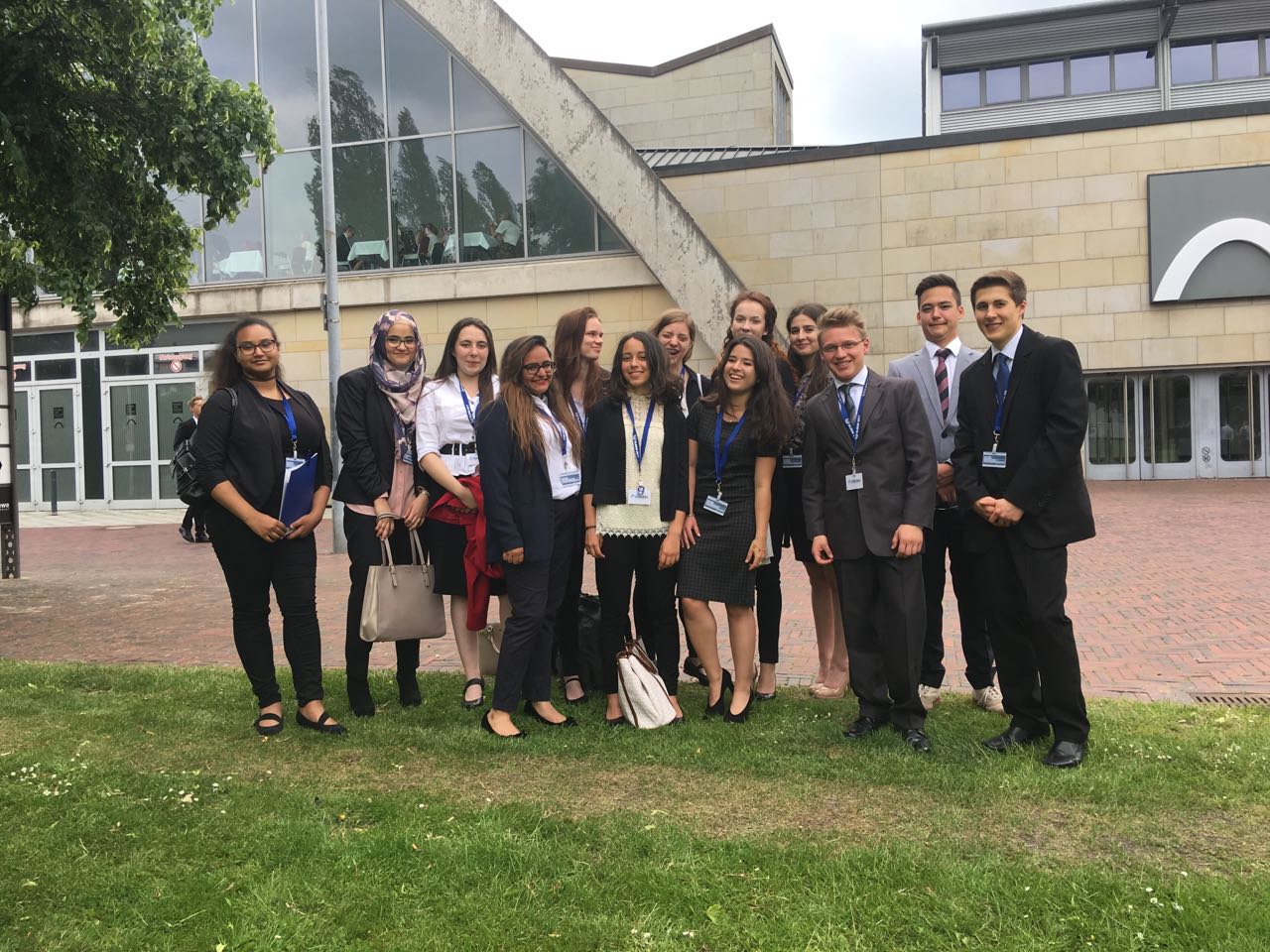 We were particularly pleased to be able to take part in this conference, as it is the largest MUN conference in Europe organized by pupils. This year, more than 700 students role played as delegates of the United Nations and simulated the UN committees at the conference.
We, the MUN group of the IGH represented five countries in five different committees. Thus, we dealt with various topics that posed current problems of the world. As delegates, we worked with other committee members of countries that had similar opinions on the issues represented and we had to write a resolution on the subject, which wouldl then be defended by us against the resolutions of other countries.
After the exciting conferences during the day, we had a fun night out every evening. There was a variety of activities offered to us, we were able to spend the evenings at a barbeque for all delegates, play football together with students from different countries, dance in the OLMUN disco or eat with others in restaurants. The evening we, IGH students, spent in a restaurant right at the riverside was notably nice and entertaining because of the relaxed and jolly atmosphere, where we all shared our experiences, enjoyed the view and ate a sumptuous dinner.
Conclusively, it is safe to say that attending the OLMUN is definitely a worthwhile experience, it was also definitely worth having to wake up in the wee hours of the morning to catch our train to Oldenburg at 6:30 am. Not only did we get to show off our dashingly chic business attire or have fun at the evening programs, but we also first learned how to express ourselves in English leading us to improve our English skills, diplomatic vocabulary and professionalism, second we learned to manage our time well in the year prior to the conference and the importance of being well-informed and prepared in order to be able to form good arguments and opinions on recent issues and thus a good world, and last but not the least, MUN forced us to step out of our comfort zones and step into the real world, giving us more confidence that will most definitely come in handy in the future.
We genuinely hope that many more students of the IGH will be convinced to participate in future MUN conferences, as it is a once in a lifetime opportunity that should not be missed out on!